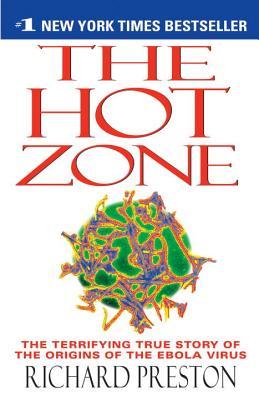 A few weeks ago I watched the mini series The Hot Zone, the TV adaptation of this book. And while more than 90% of the show is contained in the book, the rest of 10% is pure soap opera garbage and the characters and situations are jumbled about to make the show runners' point, not the book's. The pointless dramatization of inconsequential events makes no sense to me when the first part of the book, the one detailing the gruesome deaths of people from Marburg and Ebola and the last part of the book, examining how a "bullet dodge" did not make people more apprehensive and careful - quite the contrary - are more dramatic and were not really presented in the film. And frankly, the differences in characters between the show and the book should be a bit offensive, to the real people at least. That being said, you can opt for watching the show, but I recommend the book instead.

The book itself is much better structured and carefully crafted. It consists of four parts: the first is about the deaths of people (the discovery of the virus by people - or more accurately, the other way around), the second is the setup for the outbreak in Reston, Washington, the third is how they dealt with it and the fourth is more like an epilogue.

It is obvious that as I am reading this review, Ebola did not invade Washington, then spread over the continental U.S. so I will not spoil anything by saying that the (real life) heroes save the day, but the devil is in the details. So many things could have gone wrong - and did. So many procedures put in place to encourage safety ended up circumvented because they were badly designed. The book praises the general who decided to act swiftly, rather than go through endless "asking for permission" with all the different, segregated and non-cooperative agencies which have carved their own administrative turf. Was that the correct decision?

If there is something I did not like in the book it's the title. The Hot Zone describes the first outbreaks, but it doesn't have anything more to do with exposing the actual origins of Ebola other than "they came from Africa". And the book treats Ebola and Marburg as close cousins and examines them together. Probably "The Terrifying True Story of the Outbreaks of Filovirus and Our Inability to Handle Them or Learn Anything Useful" would have been a less commercial title, but still...

Bottom line: I liked the book, even if I was mostly interested in the clinical symptoms and the technical exploration of the virus than the Reston case, but I do agree they should be examined together. Richard Preston writes well and even if sometimes he got a bit carried away trying to set up the mood of a place and what people thought and felt, I didn't feel annoyed at any time. Also, if you like what you read, he wrote three more books in his "Dark Biology" series.

Read this, it's a fascinating story. If you are squeamish, though... maybe you should try something else.