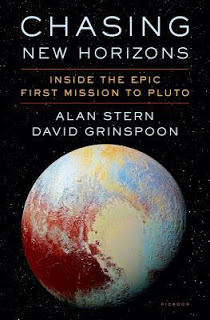 I thought long and hard how to start this review and I think the best place is the ending. In July 2015 the Internet and even the classic media exploded with the news of the American space probe named New Horizons reaching the last unexplored classical planet of the solar system: Pluto. Long thought to be a frozen piece of rock floating too far from the Sun to be of any interest, it has been ignored by NASA and every other space agency out there, only to be revealed to be one of the most intriguing and beautiful gem of our system. New Horizons had been launched in 2006 and it took one more year to get all the Pluto data back to Earth. As far as the general population was concerned and even most of the people passionate about space, this was an axis in time with three major events: launch, flyby and end of data download. As far as the media was concerned, it was a great discovery because it produced memeable pictures (the Pluto heart is one, for example). 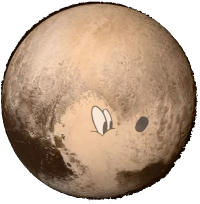 Chasing New Horizons starts in 1989, when Alan Stern deciding he would work for a NASA mission to Pluto, it takes us through the Herculean job of creating interest, gathering people, drafting a project, finding support and funding, fighting competing teams, bureaucracy and political apathy and even bad will, the ups and downs, the almost-theres, the Sisyphean and thankless work to get something up the Hill only to see it fall because of a change in administration, or a cut in the budget, or some hidden agenda and even people petty enough to demote Pluto's status as a planet as a personal grudge against the person who discovered it.

I liked how the book was written, even if at start I had to move over the usual platitudes meant to garner interest for space from the average reader and had to cope with the American units of measurement: feet, miles, Fahrenheit and, of course, the bus-size. However, no matter the small faults in the writing, the subject is so important than I can't rate the book lower than maximum. This is a must read, even if it skirts the technical aspects and mostly discusses the 25 year work from a managerial standpoint.

It's hard to describe how awesome these people are. Can you imagine working for a quarter century for something that can fail abruptly and with no positive outcome at literally any moment? I thought I had it bad when a project I was working on for six months was cancelled - imagine having to go through something like this several times, at the exact moment when you thought it will all sail smoothly from then on, when you had the funding, the assurances and even the construction of the probe nearly finished. Four days before one critical moment, the flyby, when New Horizons was supposed to do almost all of its work, the on board computer rebooted and lost all previously uploaded programming. In those four days, people had to scramble to recreate the entire software package they had worked for incrementally for the last 9 years and upload it to a machine that was 9 light hours away from Earth. One of the most critical moments of the mission (after 16 years of ground work to make it happen) was the launch, for example. The mission planners had no control over the mechanism of the launch vehicle. It could have blown on the pad or in the air.

There would be no redos. First, no way the project would have been approved again after a failure so senseless. Second, Pluto would have moved in a region of its 248 year long orbit where its atmosphere would freeze, making any other future probe return much less interesting data than at that exact moment. If it failed, it would have been the first and probably last APL planetary exploration mission, after they fought tooth and nail to be the ones doing it, rather than the usual and entrenched JPL. People had lived their entire lives working on this thing and it could have failed in so many different ways.

Bottom line: you have to be insane to do what Stern did. A wonderful flavor of insanity that is both admirable and terrifying. The system behind NASA should value and support these people even if, especially if, they are insanely driven enough that they don't actually need it. I would say that New Horizons succeeded despite the American space industry and political system, not because of them. It really shouldn't be that hard. This is a book for all space fans, but also people who had difficulties in their projects. While it might help with specific insights, this book will make almost any hardship you ever endured seem insignificant.