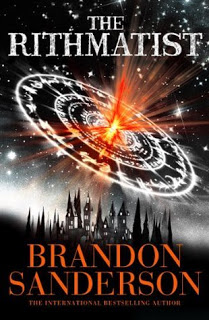 It was one of the few Brandon Sanderson books that I hadn't read and it is, at least at this moment, a standalone book. I know that title says that The Rithmatist is part of a series, but what successful book isn't? In truth, Sanderson started this book while working (and failing) on another and it took years to rethink and rewrite it into a finished story. It's best you take it as one of those wonderful accidents that successfully reach the reader despite the publishing industry.

Back to the book, it's almost classic Sanderson: the main character is young, passionate and intelligent, yet lacking power. Everybody else has it, though, and he is fascinated by it, while learning at a prestigious school that also teaches the techniques of power. In this gearpunk like novel, the power is magical and involves drawing lines with chalk and imbuing them with personal will. The lines then become defenses, attacks, weapons and even magical minions. When the school is attacked and his friends are in danger, it is up to him to solve the mystery.

It's obvious that the story has issues, and that is probably why Sanderson worked so much at it to make it publishable, but one can get past it quickly. The characters are not as funny or punny as his others or even very complex, being satisfied to have one or two goals in life and go for them (kind of like magical chalk drawings themselves, hmmm). The plot, involving the awesome power of carrying a piece of chalk with you and going through amazing duels that resemble tower defense games, it also not the most captivating. Yet the story kind of works.

Bottom line: a pleasant Brandon Sanderson classic, without being exceptional in any way.