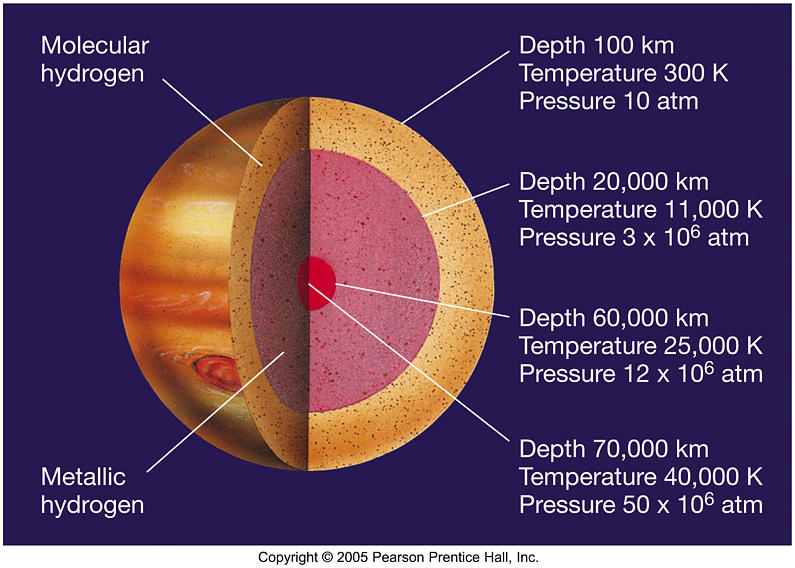 There was this quiz from the Planetary Society where Robert Picardo was interviewing people at a sci-fi convention and asking them what is the planet with the hottest surface in the solar system. The expected answer was Venus. Yet, if you think a little bit, Jupiter probably has a solid core, gases made liquid by high pressure and the temperature at the boundary between the gaseous and liquid layers is immense. Shouldn't Jupiter be the answer?

No. And that is because of the definition of a planetary surface. Quoting from Wikipedia: Most bodies more massive than Super-Earths, including stars and gas giants, as well as smaller gas dwarfs, transition contiguously between phases including gas, liquid and solids. As such they are generally regarded as lacking surfaces.

So there you have it: Jupiter loses due to a technicality... just like Pluto! Just kidding. I was cheating, as there is no clear boundary between the gaseous and liquid states inside Jupiter. It is hard to imagine that, since we have a clear image of what a liquid and a gas should look and behave like; it's like boiling water in a kettle and not being sure where the steam ends and the water begins. Jupiter, though, is a big kettle.