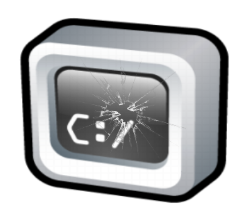 I came upon a StackOverflow question today that sounded plain silly to me. In it someone was complaining that parsing a command line like "x\" -y returns a single argument, not two. And that is ridiculous, since the operating system doesn't do that.

Just to prove myself right (because I love being right) I created a batch file that displays all command line parameters:
I ran the batch file with the command line supplied in the SO question: -p -z "E:\temp.zip" -v "f:\" -r -o -s –c and the result was See? I was right! The command line is properly parsed. But just to be sure, I created a .NET console application:and the result was... different! Never would I have imagined that .NET console applications would do different things from system applications, especially since they are both made by Microsoft.

Investigating the problem, I found a page that explained the rules of parsing command line arguments. It was for C++, but it applied perfectly. Apparently the caret (^) is treated just as any other character (not like by the operating system that treats it as an escape character) and a quote preceded by a backslash is considered an ordinary character as well (not like the operating system that ignores it).

So, how do I get the command line the same way the operating system does? First of all I need the raw unprocessed command line. I get that using Environment.CommandLine. Then I need to split it. Of course, I can make my own code, but I want to use the same stuff as the operating system - in this case Windows, we are not discussing .NET Core or Mono here - so I will be "Pinvoking" the Windows CommandLineToArgvW function.

And, of course, it didn't work. What I did here was basically recreating the Environment.GetCommandLineArgs method, which returns the exact same result as the args array!

Now that I had already gone through the rabbit hole, I got to this very informative link about it: How Command Line Parameters Are Parsed. In it, you may find the very aptly named chapter Everyone Parses Differently which shows that there are even differences between how C and VB programs parse the command line.