I've had the opportunity to play these games on the work XBox and I just had to make the blog entry to compare them. The thing is that, even if some corporation wants DC Comics and Mortal Kombat to merge somehow, they are completely different both in concept and audience.

I've been a player of Mortal Kombat since it first appeared on PCs. Me and school friends were spending hours playing it (rather than go learn something useful, obviously). Even then - or maybe it is better said that especially then - it was clear that the game had soul, that someone really spent their time and love to make it. No matter who bought it and what they did to it, Mortal Kombat never completely lost that soul. You see, the game idea is clear: two players face each other in combat, they use different characters who have different abilities and in the end someone wins. Unlike other games that start off neutered by the present socio-political situation in the States, MK started off as brutal and bloody. You could use all kinds of magic and utensils to hit your opponent, chained combos and see lots of blood, but the hallmark of the game was that, in the end, after you have defeated your opponent, you had the opportunity to perform a Fatality, something that was truly gruesome like ripping their heads out with a bit of the spine, or cutting them in two or setting them on fire.

Now you will probably ask why has my sick brain made the connection between a brutal combat game and true love and having a soul. The thing is that the first MK started out with 8 characters, plus some bosses and hidden characters, then MKII has twice as that, and the various incarnations of the game saw up to 65 characters. And yet you will be hard pressed to find any major version where a player could not win with any of the characters against any other if they were good enough. That sense of balance shows the dedication of the developer teams that endured the various corporate transformations of Mortal Kombat. 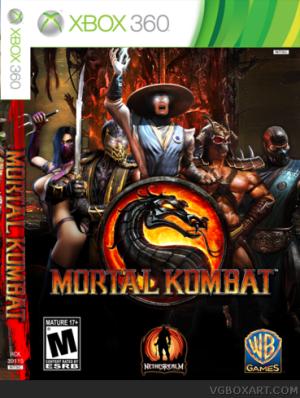 The ninth version, Mortal Kombat IX, has a lot of characters, over 30, although some are DLC and make little sense in the Mortal Kombat universe, like Freddy Krueger or Kratos. Of course, you had to pay for them. Later on the Komplete Edition of the game had all the characters and all their skins available. Except for a little overpowering of Noob Saibot, MK IX was pretty balanced. The graphics were awesome, truly, and had various fatalities and X-moves - the super move one could execute with three bars of power, which showed anatomical X-ray like details in slow motion like cracked skulls and ribs. The only problem was the controller. I am a PC user and it took a long time to get used with the XBox controller and even more to understand how pressing forward would sometimes make my character jump up and backwards or some other thing like that. I know the controllers at work were pretty messed up, but I swear there had to be something to do with the programming as well. Also, as far as I could see, the game dropped frames. If you moved fast enough, the other player would have difficulty making their special moves, probably because some part of the data or processing was lost. But overall the game was great, the story was nice and the combination of different characters, skins and violence was delicious.

To make the transition easier, I will also mention another game, also featuring Mortal Kombat characters: Mortal Kombat vs. DC Universe. It is an older game, launched in 2009. This weird crossover featured fights between the likes of Raiden and Shang Tsung versus Superman and the Joker. It is the last game made by Midway Games, the creators of Mortal Kombat and the first introduction of the "evil empire": Warner Brothers, who brought with them DC Comics. After that Midway went bankrupt and sold the rights to Mortal Kombat to WB. Mortal Kombat vs. DC Universe had a bit of faux 3D movement, stage transitions (like punching someone through a wall and getting to another stage) and no fatalities. In fact, it had almost no blood, while the "powers" of the MK characters seemed oddly and randomly assigned (Shang Tsung had a punch teleport, Jax had a machine gun, etc). The playability of the game was OKish, with the major problem of in flight hits. One would jump toward an opponent, punch or kick and the character would stop in mid-air and perform the punch or kick there, which made it very unrealistic and static. Also, and that probably made it unpopular in the game room, it was unbalanced. Sonya Blade could kick everybody's ass just by jumping and kicking. 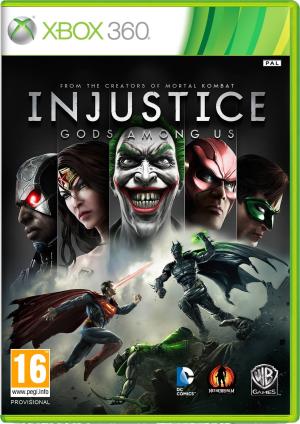 Enter Injustice: Gods Among Us, a game that is also made by NetherRealm Studios, who made Mortal Kombat IX, and also copyrighted by Warner Brothers. NetherRealm is actually what remains of Midway Games plus what remains of WB Games Chicago. In Injustice there are only DC Comics characters, the graphics are really good, a lot of stage interaction, flashy "social" statistics and "ranking", downloadable characters, obviously, and so on. The game play, though, total crap. Now, I may be very biased when it comes to Mortal Kombat type games, given by all love for the original game and concept, and I also understand that this wasn't supposed to be Mortal Kombat in the first place, but in my mind it represents everything that MK developers and players fought against. First, it has violence, but no blood. You get a lot of punches, kicks, explosions, object traumas like things falling on you, being thrown on you or through you (like arrows), only no blood. There are no parts of the body that get broken or smashed. It's like a good old fashioned cowboy brawl that results in someone saying "awwh, shucks!". Then there is the completely weird system of hits and blocks. You have to press Back to defend up and Down or Back-Down to defend down. Combine that with the fact that jumps are mainly vertical and so do not bring you closer to your opponent than walking, and you get a very asymmetrical game play where range fighters have to just run and shoot, while power characters have to dash a lot through bullets to get to their target. Even so, among similar type of characters there are huge differences. I would say that Deathstroke followed by Aquaman are by far the strongest characters, like lame-ass Green Arrow is a weakling. My favourite, Doomsday, had a lot of problems getting to anyone, even if it was supposed to be indestructible and on par with Superman. Well, they were on par in the game, Superman sucked, too. So: no blood, game imbalance and poor playability when there was obviously a lot of effort put into the shiny aspects of the game.

So you see, I had to write this post. Not because I didn't enjoy playing Injustice or because I think it is a bad game, but because it is like taking a cool 80's horror movie and turning into a 2010 remake that scares no one and can be played in cinemas to children. All Flash and no Meat, so to speak. MK is for gamers while DC games are for kids. All we need now is some Mortal Kombat game with parental controls on it. That being said, I can hardly wait Mortal Kombat 10! I hope they don't mess it up completely. As homework, you should try to read on the history of Mortal Kombat and of Midway Games. It's an interesting read. There was a really nice video with the developers of the first Mortal Kombat telling the story of the inception of the game, but I couldn't find it. Instead I leave you with the komplete :) history of the game from MKSecrets: