While being hosted in a small house in the Arges county, I found myself face to... err... hairy body to hairy body with a large spider, at least 10 cm from the tips of the front legs to the tips of the hind legs. The body itself was about 2 cm in length. I tried to catch it, but it ran away and I didn't exactly feel safe handling it. However, from my standpoint, the adventure was just beginning. It starts with a picture: 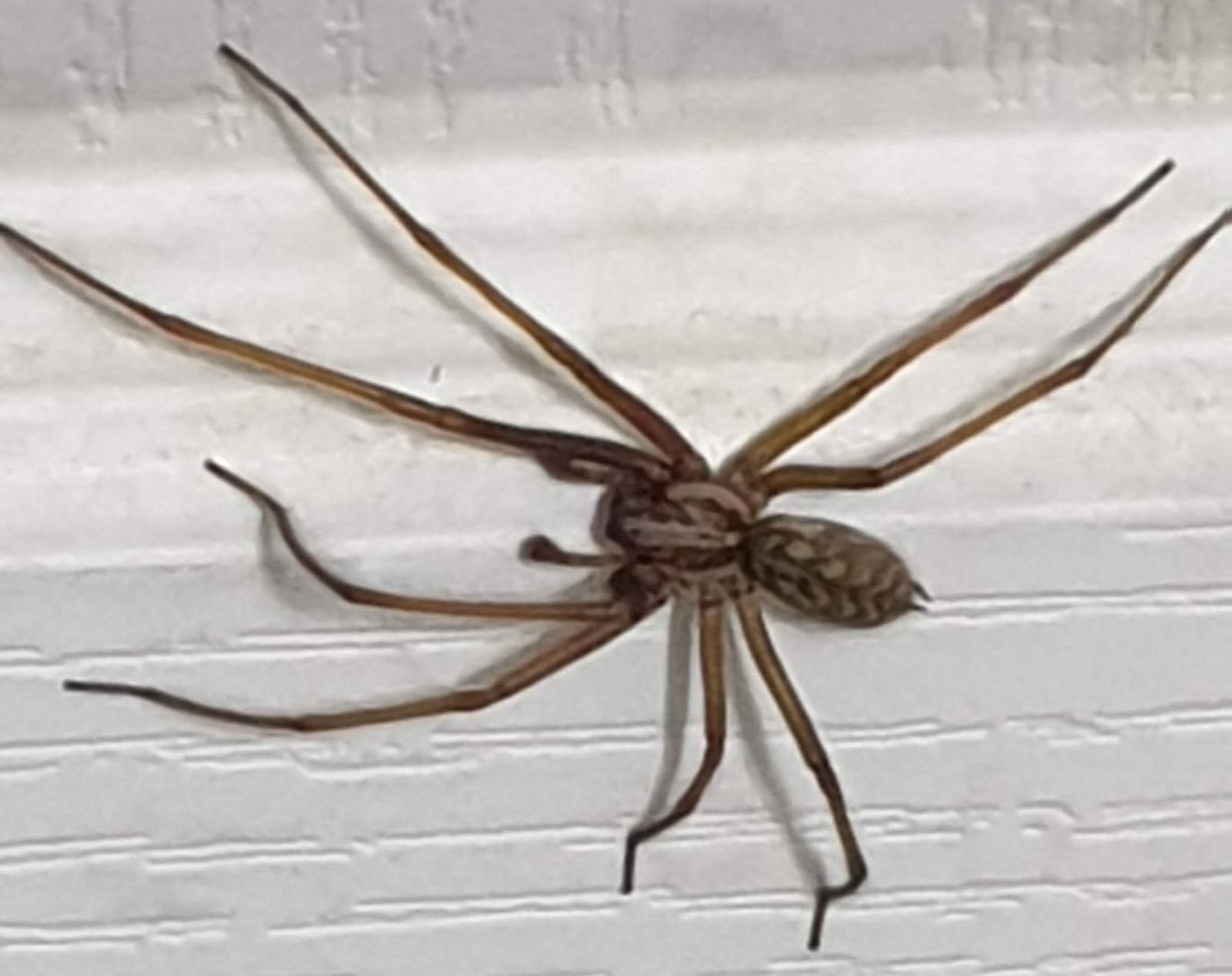 In a previous post, I was telling you about a web site that recognized plants from blurry pictures I had taken. I assumed that somewhere there was something similar for spiders. Alas, it doesn't seem to be the case, so I reverted to the classic Google search with descriptive words: a European spider 10 cm in length. I found it almost immediately, clearly a member of the genus Tegenaria in the family Agelenidae. Or is it?

Funny enough, most of the spiders assigned to Tegenaria were recently (2013) moved to another genus, Eratigena, based on DNA and molecular analysis. So my spider, likely a "giant house spider", can be found either as Tegenaria atrica or Eratigena atrica (not to mention Tegenaria duellica, Tegenaria gigantea and Tegenaria saeva). I also can't be completely sure of the identification. As far as I can tell, it's a male, based on the large (pedi)palps, used not only to hold on to prey, but also to deposit sperm in the females. But while I think it looks most like an atrica, based on the pictures I found online, it could also be an Agelena labyrinthica or a Tegenaria parietina, even if the first is found in Denmark and should be smaller and the second is rare and native to Central Asia.

Considering it's a giant spider I found in a house, I will go with Eratigena atrica, but one has to wonder how active biology as a science is to have species of common arthropods reassigned from one genus to another just a few years ago. So yeah, a nice little story, for me at least, all starting from a picture of a spider in a bathroom.

It certainly was not mouse sized :) As I said in the post, it was about 10 cm or approximately 4 inches for the metrically challenged.

I think that looks like a spider I found in my bathroom but how big is it next to your hand lol? Because When I first saw it running across the bathroom in front of my feet I swear I thought it was a mouse... I screamed and Cursed every curse word I could and made up some of my own:)