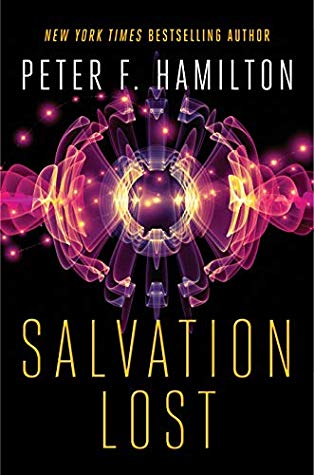 Salvation Lost is the second book in the Salvation Sequence trilogy from Peter F. Hamilton. I was commenting on the previous book saying that it is mostly filler and action that is irrelevant to the larger story. This book is a lot more action packed and a bit more interesting, but ultimately just as pointless. A lot of characters that will only get relevant in the third book, if at all, a lot of stories that happen in the past as we know what is going 10000 years into the future and no closure on anything. The horror of the alien invasion is powerful, but not as much as it could have been. The story invests so much in some people only to kill them later with no apparent effect on the timeline of events.

Bottom line: I will probably read the last book, scheduled sometime in Sep 2020, but I feel this series is one of Hamilton's weakest.