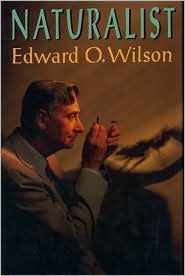 Edward O. Wilson was a biologist who died at the end of 2021, aged 94. Nicknamed "ant man" for his world renowned expertise of ants, he championed concepts such as sociobiology and biodiversity. Reportedly, he was a very nice man, beloved by most of the people he interacted with. And yet, I didn't hear of him because of his scientific writings, but because of a vitriolic article published by Scientific American. In it, the author used Wilson's death and the renewed interest in his autobiography, Naturalist, to decry Wilson's views ("problematic beliefs"). He had tried to explain everything through biological lenses, for example that individual characteristics are caused by evolution and those characteristics cause the characteristics of a group or society or race in a particular environment. The article's author considered that as proof of "scientific racism", but was immediately shut down by scores of scientists who debunked her entire article and pretty much proved she didn't even read the books she was supposedly basing her writing on.

So even when I try to filter out the political idiocy that pollutes every aspect of modern life and try to keep up to date with science and technology, I still fall into these toxic holes. Ironically, one of the last chapters in Naturalist talks about how weird it was for one of his colleagues to try to explain biology ideologically (in that case Marxism). Anyway, so I decided to read the book. I usually love autobiographies, especially those of scientists and other driven people, because it makes me feel as they did. Even if prompted by an ugly example of human stupidity and malice, still something good could come of it.

Alas, while the book is interesting and takes the reader through much of Wilson's life and work, it merely describes his passion for nature, rather than evoke it. Even as it starts with a personal history and childhood, it feels strangely impersonal. A small boy with hearing issues and partial vision in one eye (accidentally caused by him trying to handle a spiked fish), he was nevertheless taught to never run away from a fight by his father, partially schooled in educational institutions that prepared children for military careers and had overall the belief that anything is possible, once you put your mind to it.

I have no doubt that his approach to life wasn't as analytical as it is portrayed in the book, but what exactly that was is hard to glimpse from this biography. Wilson published Naturalist when he was 65 and, while I am sure he worked some time on it, he treated it as any of his scientific books at the time: facts, history based on journals, actions, expectations, results. I liked the book and I liked Wilson, but I wouldn't particularly recommend Naturalist for anything than a glimpse in Wilson's nature (pardon the pun).