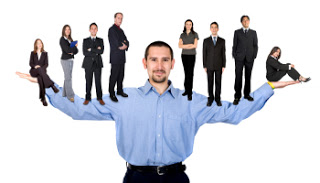 I have been a professional in the IT business for a lot of years, less if you consider just software development, more if you count that my favorite activity since I was a kid was to mess with a computer or another. I think I know how to develop software, especially since I've kind of built my career on trying new places and new methods for doing that. And now people come to me and ask me: "Can I learn too? Can you teach me?". And the immediate answer is yes and no (heh! Learnt from the best politicians that line) Well, yes because I believe anyone who actually wants to learn can and no because I am a lousy teacher. But wait a minute... can't I become one?

You may think that it is easy to remember how it was when I was a code virgin, when I was writing Basic programs in a notebook in the hope that some day my father will buy me a computer, but it's not. My brain has picked up so many things that now they are applied automatically. I may not know what I know, but I know a lot and I am using it at all times. A few weeks ago I started thinking about these things and one of the first ideas that came to me was FizzBuzz! A program that allegedly people who can't program simple can't... err... program. Well, I thought, how would I write this best? How about worst? I even asked my wife and she gave me an idea that had never occurred to me, like not using the modulo function to determine divisibility.

And it dawned on me. To know if your code is good you need to know exactly what that code has to do. In other words, you can't program without having an idea on how to use or test it afterwards. You have to think about all the other people that would be stumbling unto your masterwork: other developers, for example, hired after you left the company, need to understand what they are looking at. You need to provide up to date and clear documentation to your users, as well. You need to handle all kinds of weird situations that your software might be subjected to. To sum it up: as a good developer you need to be a bit of all the people on the chain - users, testers, documenters, managers, marketers, colleagues - and to see the future as well. After all, you're an expert.

Of course, sketches like the one above are nothing but caricatures of people from the viewpoint of other people who don't understand them. After all, good managers need to be a little of everything as well. If you think about it, to be good at anything means you have to understand a little of everybody you work with and do your part well - exactly the opposite of specialization, the solution touted as solving every problem in the modern world. Anyway, enough philosophy. We were talking programming here.

What I mean to say is that for every bit of our craft, we developers are doing good things for other people. We code so that the computer does the job well, but we are telling it to do things that users need, we write concisely yet clear so that other developers can work from where we leave off, we write unit tests to make sure what we do is what we mean and ease the work of people who need to manually check that, we comment the code so that anyone can understand at a glance what a method does and maybe even automate the creation of documents explaining what the software does. And we draw lines in a form of a kitten so that marketers and managers sell the software - and we hate it, but we do it anyway.

So I ask, do we need to learn to write programs all over again? Because, to be frank, coders today write in TDD style because they think it's cutting edge, not that they are doing it for someone; they work in agile teams not because they know everybody will get a better understanding of what they are doing and prevent catastrophic crashes caused by lack of vision, but because they feel it takes managers off their backs and they can do their jobs; they don't write comments for the documentation team, but because they fear their small attention span might make them forget what the hell they were doing; they don't write several smaller methods instead of a large one because they believe in helping others read their code, but because some new gimmick tells them they have too much cyclomatic complexity. And so on and so on.

What if we would learn (and teach) that writing software is nothing but an abstraction layer thrown over helping all kinds of people in need and that even the least rockstar ninja superhero developer is still a hero if they do their job right? What if being a good cog in the machine is not such a bad thing?

While writing this I went all over the place, I know, and I didn't even touch what started me thinking about it: politics and laws. I was thinking that if we define the purpose of a law when we write it and package them together, anyone who can demonstrate that the effect is not the desired one can remove the law. How grand would that be? To know that something is applied upon you because no one could demonstrate that it is bad or wrong or ineffective.

We do that in software all the time, open software, for example, but also the internal processes in a programming shop designed to catch flaws early and to ensure people wrote things how they should have. Sometimes I feel so far removed from "the real world" because what I am doing seems to make more sense and in fact be more real than the crap I see all around me or on the media. What if we could apply this everywhere? Where people would take responsibility individually, not in social crowds? Where things would be working well not because a lot of people agree, but because no one can demonstrate they are working bad? What if the world is a big machine and we need to code for it?