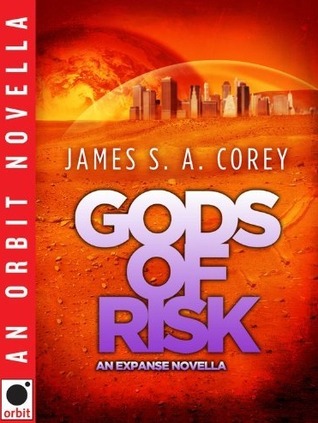 I just finished watching the fourth season of The Expanse TV series and, in strong withdrawal, I started reading the Expanse shorts written by James S.A. Corey. Serendipity has it that Gods of Risk is covering most of the Bobbie Draper subplot in the TV season I just watched and that the story happens during Christmas (although what Christmas means on Mars is a bit vague).

The story is less detailed and with characters pretty different from the TV series, after all it's a short novella, but the basic plot is that same: nephew gets in trouble with the local underworld, aunt Bobbie kicks ass and saves him. It's well written and contains that element of world lesson that I felt was in Auberon. In this case, the only reason the good Martian nephew gets in trouble is his affection for a girl and his desire to protect her after she begs for help. Help provided, despite warnings from both his aunt and her pimp, she spurns him. A good lesson for adolescents everywhere.