My mind has been wandering around the concept of gamification for a few weeks now. In short, it's the idea of turning a task into a game to increase motivation towards completing it. And while there is no doubt that it works - just check all the stupid games that people play obsessively in order to gain some useless points - it was a day in the park that made it clear how wrong the term is in connecting point systems to games. 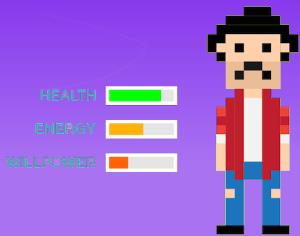 I was walking with some friends and I saw two kids playing. One was shooting a ball with his feet and the other was riding a bicycle. The purpose of their ad-hoc game was for the guy with the ball to hit the kid on the bike. They were going at it again and again, squealing in joy, and it hit me: they invented a game. And while all games have a goal, not all of them require points. Moreover, the important thing is not the points themselves, but who controls the point system. That was my epiphany: they invented their own game, with its own goal and point system, but they were controlling the way points were awarded and ultimately how much they mattered. The purpose of the game was actually to challenge the players, to gently explore their limitations and try to push boundaries a little bit further out. It wasn't about losing or winning, it was about learning and becoming.

In fact, another word for point system is currency. We all know how money relates to motivation and happiness, so how come we got conned into believing that turning something into a game means showing flashy animations filled with positive emotion that award you arbitrary sums of arbitrary types of points? I've tried some of these things myself. It feels great at times to go up the (arbitrary) ranks or levels or whatever, while golden chests and diamonds and untold riches are given to me. But soon enough the feeling of emptiness overcomes the fictional rewards. I am not challenging myself, instead I am doing something repetitive and boring. That and the fact that most of these games are traps to make you spend actual cash or more valuable currency to buy theirs. You see, the game of the developers is getting more money. And they call it working, not playing.

I was reading this book today and in it a character says that money is the greatest con: it is only good for making more money. Anything that can be bought can be stolen. And it made a lot of sense to me. When you play gamified platforms like the ones I am describing, the goal of the game quickly changes in your mind. You start to ignore pointless (pardon the pun) details, like storyline, character development, dialogues, the rush of becoming better at something, the skills one acquires, even the fun of playing. Instead you start chasing stars, credits, points, jewels, levels, etc. You can then transfer those points, maybe convert them into something or getting more by converting money into them. How about going around and tricking other players to give you their points? And suddenly, you are playing a different game, the one called work. Nobody can steal the skills you acquire from you, but they can always steal your title or your badge or your trophy or the money you made.

What I am saying is that games have a goal that defines them. Turning that goal into a metric irrevocably perverts the game. Even sports like football, that start off as a way of proving your team is better than the other team and incidentally improving your physical fitness, turn into ugly deformed versions of themselves where the bottom line is getting money from distribution rights, where goals can be bought or stolen by influencing a referee, for example.

To summarize: a game requires of one to define their limits, acknowledge them, then try to break them. While measuring is an important part of defining limits, the point is in breaking them, not in acquiring tokens that somehow prove it to other people. If you want to "gamify" work, then the answer is to do your tasks better and harder and to do it for yourself, because you like who you become. When you do it in order to make more money, that's work, and to win that game you only need to trick your employers or your customers that you are doing what is required. And it's only play when you enjoy who you are when doing it.

As an aside, I know people that are treating making money like a game. For them making more and more money is a good thing, it challenges them, it makes them feel good about themselves. They can be OK people that sometimes just screw you over if they feel the goal of their game is achieved better by it. These people never gamified work, they were playing a game from the very start. They love doing it.

Stay true to the goal! That is the game.