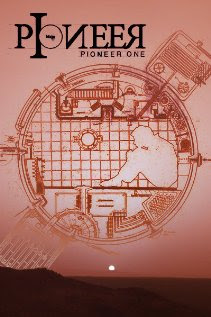 I've previously written about Pioneer One, the show that is produced almost entirely from donations and is distributed free on the Internet. Its first season contains 6 episodes and I have just finished watching it. As I was saying before, the series is cheap as dirt, but people have managed to use an intriguing story and ingenuity to make a decent production that I enjoyed watching.

Not only I love the idea of these "free" movies, where people actually make the effort to pay only if they liked them (and are that kind of people), but I see it as a seed for greater things. On their site, the people at Pioneer One are promising a second season, this time financed by sponsors that would have liked the first. It is an interesting hybrid that is being born: a crowd-sourced first season, that people must like or it wouldn't happen in the first place, and a more classical method of financing the rest, but based on that first bit of work. No one will escalate it to intergalactic space wars with lots of special effects. Like a film production with a soul.

I am looking forward to what they will do next, both heroes of the series and makers, heroes in their own way.

Update February 2016: Well, They have released a "webisode", which means they didn't quite manage to get the sponsors or something else happened. Just in case they do anything, you might want to subscribe to the Pioneer One YouTube channel.