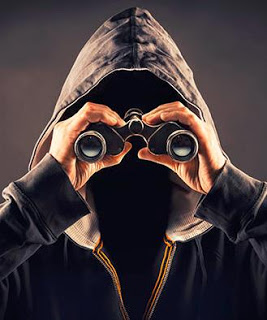 I was listening to this Software Engineering Daily podcast about Facebook Relationship Algorithms and I had this weird idea. The more I was thinking about it, the more realistic it felt (as well as more than a bit creepy). Let me lay it out for you. The podcast is interesting in its own right, so go listen to it, it's instructive.

So they describe these metrics of your Facebook connections that they reached while trying to find an algorithm to detect your romantic relationship. They took a large sample of users that have declared their significant other and tried to find an automated way of predicting that from the other information Facebook had. The first idea was to use connectivity, one often used idea in sociology that the more common friends you have with someone, the closer you are, but it didn't quite work. One clear counterexample would be coworkers connected on social media. Instead, they realized that such functional connections often cluster, so you would have the cluster of coworkers, your family, your club friends, the people who share your hobby, etc. The romantic partner would be connected with many of these friends, but across clusters, in other words you would have many common friends that are not really connected with each other. By using this metric they called dispersion, they would guess with more than 50% accuracy from the first try who your partner is from the list of hundreds of your friends.

And here is my idea: why not reverse engineer it? Imagine you have someone you want to hook up with, but have no idea how to proceed. Maybe asking them on a date is not an option or maybe, like any engineer out there, you want to maximize the chances your experiment would work. Why not find the smallest subset of friends of that person that have the largest value of dispersion? So here is what this "hook me up" algorithm would do:
The result would be that you would become the "natural" choice for a relationship, by going backwards and reversing the direction of causality. Automatic stalking, courtesy of your friendly neighborhood software developer: Siderite! We live in an age in which information about us can be used or abused in innumerable ways and we become addicted and stuck to this way of relating. It's not a bad thing, but it has its drawbacks. It is good to know of them.