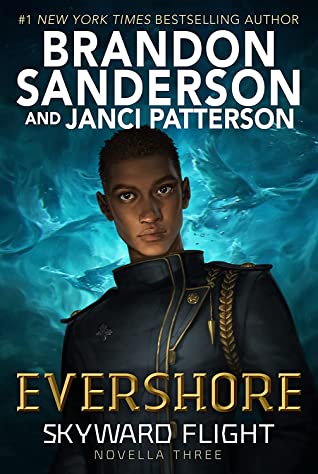 Third book of the collaboration series between Brandon Sanderson and Janci Patterson, Evershore stars Jorgen as the guy who has to keep everything together while Spensa is doing whatever she feels like doing, Cobb is unavailable and his parents just died. Add to it having to create and maintain alliances with alien races as the Superiority just wants to kill everything. I have to say that this book went a whole level up on crazy. I know that it probably builds towards the big reveal of what Detritus really is, but things are going Boomslug and making less sense as we go along.

Now, to be fair, Skyward was never a grounded series about realistic scenarios, but about young people doing their best in absurdly dangerous, entertaining and emotionally fulfilling situations. It's a young adult series, with adult as an afterthought, where how the characters (and by extension the reader) feel and define themselves is the only thing that matters. Yet I can't help but feel (heh!) a little disappointed as more and more characters are just doing whatever they have to in order to further a less and less believable plot. It hasn't gone full Fast and the Furious yet, but give it time.

As the writing goes, it's the same as the other books in the series, only this time the lead character is a guy. Yet it might as well not be, as Jerkface is acting and thinking in exactly the same patterns as the previous protagonists. It almost feels like an anime: ai, mamoru, aaaaaarrrgh, Super Saiyan! Still fun, but way too mindless.