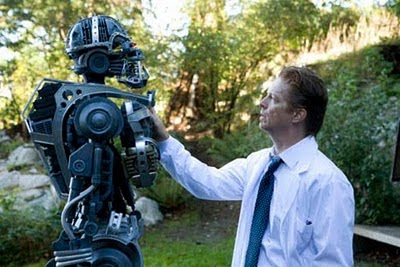 I've just seen the last episode of the first season of Caprica, the series offshooting from Battlestar Galactica. There will be no second season, as the show has been cancelled. Why is that?

Let's start with something other than pure financial interests (oh, you TV network Guatrau!) and discuss the effort that was put in the series. You have a very successful and innovative series like Battlestar Galactica, creating an entire universe with its technology and religions and cultures, and then you go further and create a new series that actually reproduces the lives of people on those worlds. You get cultural criminal organisations, religious fanatics, technologists, robots, AI, virtual worlds, space travel, fashion, music, everything! This is the hardest part of any story: the setup. So you get the setup done and then you... stop writing the story because of low viewer turnout? Are you stupid?! Just tell it in a way that will please your stupid audience and also continue the effort, or can't your little brain get around that?

Then it is about the actor effort. God(s), I hated Clarice Willow and you know why? Because Polly Walker did a great job playing that character, down to the microexpressions and little scheming eye movements. Eric Stoltz, Esai Morales, even the teenagers and kids played well, creating really complex likeable or hateable characters. The creator, Ronald D. Moore, which I totally hate for ruining the end seasons of Battlestar Galactica, also did his best and I can see that it is a great show. And you are going to piss on that? The success of any project lies in the motivation to do it. All these people were motivated and you, money grabbing assholes, pissed in their faces. Shame doesn't begin to cover it. I don't want to shame you, I want you to die a horrible death, you soulless vampires!

And then there is the audience, your precious little numbers. Do you guys know why your network is called SyFy for? I will tell you, so you can say "oh!" with your carefully arranged heads; I guess this is coming as a surprise: it comes from the old name of SciFi, which in turn comes from science fiction. Now you fuckers get what your audience is? Or did you rename the channel only because you have no idea what it was about anyway? Kudos for HBO for raising the standards cause you are just letting them drop in the gutter.

So, in conclusion: Fuck you, SyFy Channel and all your executives, and as you are doing everything possible to stiffle creativity, I wish you a very creative and painful death!