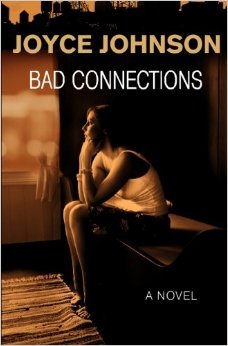 It was very difficult to finish Bad Connections, as it is just a one sided view of the world from a very unsympathetic character. I understand the story was supposed to be a fuller portrait of women as a whole, but damn it makes them look dumb.

So there is this woman who has to navigate through being the wife, the sexually unsatisfied, the adulteress, the divorcee, the single mother, the mistress, the woman on the side, the compulsive clinger and so on. I guess it was supposed to make the reader understand what it means to be female, yet Molly is emotional, compulsive, egotistic and ultimately weak. The scene at the end it written to provide some sort of feeling of emancipation, but in fact made me think she was even more of a coward than before.

Bottom line: Joyce Johnson may be a big shot beatnik writer who hung out with Kerouac, but I did not like this book. It was short, yet unentertaining. It was full of meaning, of which I felt none was interesting or educational.