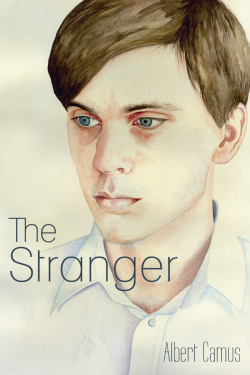 I started reading The Stranger on a recommendation. A guy told me the main character was a bit like me. Having read the book there is only one question I want to ask: How did Albert Camus know about me in 1942?

Joke aside, this a rather short book detailing a bit of the life of a Frenchman that doesn't feel much, is a rational person and doesn't believe in God. Therefore everybody around him thought him a stranger, hence the title of the book. Camus has a way of writing this in the first person, but in a way that seems both introvert and totally outside. The character describes everything he sees in neutral terms, proving he is both very observant and completely indifferent. When other people talk, he quotes them, when he describes himself talking, the character is summarising to the minimum, with no quotes, giving the impression he is a stranger to himself, hence the title of the book.

In the end, it felt like the last part of the movie The Mist. The same irrational fear of the different, coming from a shapeless mass of mindless drones, blindly destroying everything. In my view, the character manages to maintain his decency by rejecting the smallest gesture of resistance. But what do I know?

Would I recommend the book? It certainly teaches the reader something. It describes a way of thinking and of being that is different from most people. It explores several philosophical schools of thought, but you wouldn't know about it unless you read Wikipedia :). It is short enough to not bother anyone, though. Why wouldn't you read it?

I have read - and it is an extraordinary book!

Well, he may be a stranger to everything, but in the end, the world doesn&#39;t validate any motive to be part of it. The trial only proves that, either isolated or integrated, things could not have good for the guy. As such, I celebrate the fact that he was isolated from a mad world, even if that isolation did not bring anything good with it, either. Maybe the absence of evil is better than the presence of a little good.

I&#39;ve heard some people compare themselves with that Stranger minding that they are &quot;not like the others&quot;, but in my mind, there&#39;s nothing to be proud of. This guy is lost, he wants and feels nothing. And in the end (when he kills a man), he is glad that it happened because only the fear of death makes him feel alive, and he&#39;s really glad about his death penalty. He&#39;s already dead and actually has nothing to lose