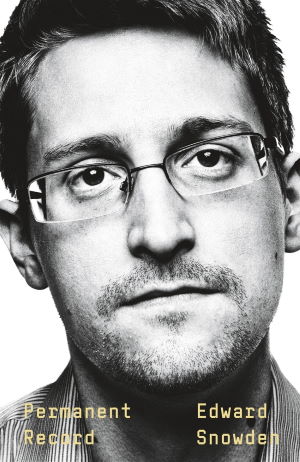 Permanent Record is a very well written book. Ed Snowden has the rare capacity of deep introspection and when he explains what happened and why, he makes connections to his upbringing, events in his life and the world and has a very clear view of his internal processes when making any decision or taking action. He also has a way with words. He's a guy easy to either hate or love, obviously, depending on how prone to envy one is.There are several important takes from this book.One is how extraordinary Snowden's position was to make him able to do what he did. Not only is he this brilliant guy who lives in his head and plans everything in advance, not only did he have specialized training on how to do what he did and get away with it, but he was given free access to the underlying technology of the CIA and the NSA. As he himself admits, he was on a list that probably contained under a dozen people, and that only from incompetence and lack of oversight.Another is that every large organization is the same. Be it the NSA, the state run companies or private corporations in any country, they all impose hiring limits that they break by using contractors that don't affect the count (or their declared principles). It's amazing how similar my own experiences were, but in (supposedly) very different contexts. The contractor system is a global disease that too few benefit from and too many are affected by.A more salient point is that technology is what happens when there is something we can do. We will ultimately do it, just because we can. As much sympathy I have for Snowden, his actions will probably have short lived consequences. The machine to get all the data from everybody is already there. No one will put that genie back into the bottle. If anything this book helps the very people who the author hopes to thwart by giving them valuable intelligence in the mindset of the whistleblower and on the limitations and vulnerabilities of their technical, administrative and indoctrination systems. As I was saying before, the chances that Snowden happened were astronomically small. Now they are orders of magnitude smaller.It was devastatingly depressing to read how few places in the world are even marginally free of the American hegemony. Ironically, he had to go to Hong Kong to maximize his chances of remaining free. That says something terrible about the state of the world. I felt like the most hard hitting bits were those that explained what the government would do to discredit him (or anybody in their way), using deeply personal histories, fabricating evidence if none found or amplifying the one that does exist. This makes Snowden even more outstanding, for being a guy with very little dirt in his life to be turned into a weapon.On a more personal note, it's amazing that reading Permanent Record, I was reminded most of Gary Sinise's autobiography than anything else. Thinking of what Snowden did, a family tradition of serving the country military and strong patriotic spirit is not what would first come to mind, yet that applies to him and he did what he did because he strongly believed in his country and in service to it. Even now, hunted by the US government in the most blunt, unimaginative, bureaucratic and cruel way possible, like big bullies do, Ed Snowden still loves his country and believes in it.At a glance, Permanent Record is a book on hacking. As a child, Ed starts understanding how the world works and manipulates it to his advantage, only to grow up working in an organization that has hacked the Constitution and society as a whole in order to manipulate it to their advantage. People of our generation grew up with at least the illusion of a fair society, people who would take you at your value and judge you on it, whatever the outcome. The new hacked society cannot see you as you are, to the point that makes you doubt yourself of who you are. There cannot be a fair process of evaluation anymore because everyone comes out distorted.This is a must read book and I recommend it highly to all adult readers of any level or education. It's easy to read, captivating and relatively small. Fair warning: it's not a happy story.