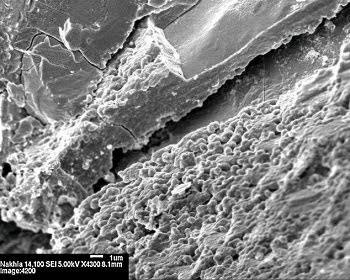 Remember in 1996 when everybody was talking about finding signs of life in a meteorite that came from Mars? At the time the theory was dismissed because other causes for the structures in the meteorite were thought to be valid. Here comes a new study from december 2009 that invalidates the proposed non-organic processes in which the features on the martian rock could have been formed.