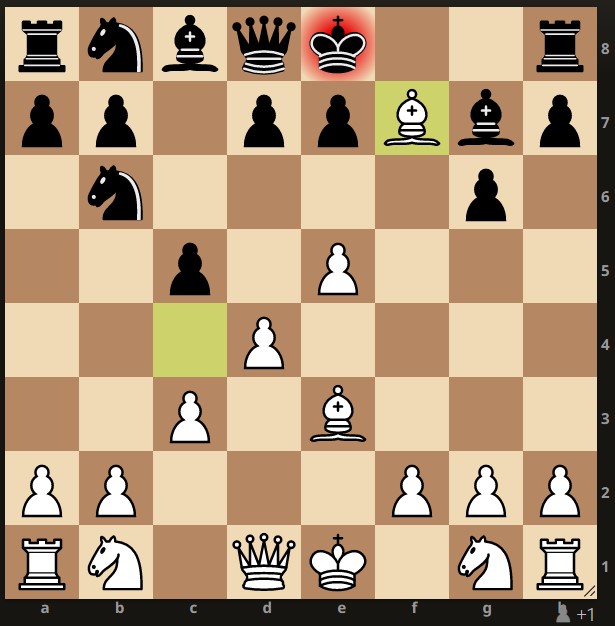 I was watching a chess game that started with e4 and Black responded with the Modern Defense. Black challenges the center with a c-pawn push, but then delays the capture and develops the knight, prompting White to chase it across the board. By the time the knight retreats to c6, there have been only three chess games that reached the position on Lichess, but none of them continued with the move recommended by Stockfish: Bxf7+

The only reasonable move for Black is to take the bishop with the king, and after dxc5 from White, the Black knight is trapped! Only squares not covered by the White queen are either occupied by Black pieces or leading into a direct fork at Qd5+.

I found this interesting because the computer suggested continuations are quite unintuitive, while the things that feel natural to me (not an expert, mind you) lead to huge gains for White. Also, it's a move that has never been played AFAIK.

So, a long overdue chess post and some PGN: