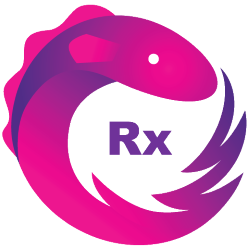 Today I was the third presenter in the ReactiveX in Action event, held at Impact Hub, Bucharest. The presentation did not go as well as planned, but was relatively OK. I have to say that probably, after a while, giving talks to so many people turns from terrifying to exciting and then to addictive. Also, you really learn things better when you are preparing to teach them later, rather than just perusing them.

I will be holding the exact same presentation, hopefully with a better performance, on the 9th of February, at ADCES.

For those interested in what I did, it was a code only demo of a dictionary lookup WPF application written in .NET C#. In the ideal code that you can download from Github, there are three projects that do the exact same thing:
The application has a text field and a listbox. When changing the text of the field, a web service is called to return a list of all words starting with the typed text and list them in the listbox, on the UI thread. It has to catch exceptions, throttle the input, so that you can write a text and only access the web service when you stop typing, implement a timeout if the call takes too long, make sure that no two subsequent calls are being made with the same text argument, retry three times the network call if it fails for any of the uncaught exceptions. There is a "debug" listbox as well as a button that should also result in a web service query.

Unfortunately, the code that you are downloading is the final version, not the simple one that I am writing live during the presentation. In effect, that means you don't understand the massive size reduction and simplification of the code, because of all the extra debugging code. Join me at the ADCES presentation (and together we can rule the galaxy) for the full demo.

Also, I intend to add something to the demo if I have the time and that is unit testing, showing the power of the scheduler paradigm in Reactive Extensions. Wish me luck!