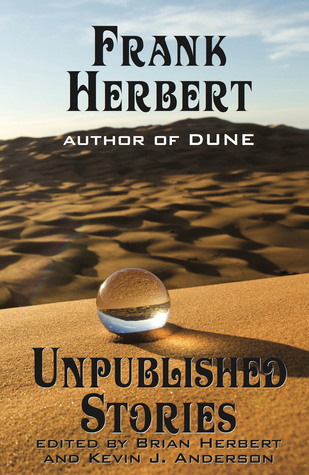 Unpublished Stories is a collection of 13 short stories written by Frank Herbert and never published during his lifetime, only two of them sci-fi, which was published in 2016.  One can see the focus of Herbert on the characters, on their motivations and their inner thoughts, the way their actions affect the whole.

The collection consists of:

Even without any actual connection to Dune, there is evidence of the seeds of the novel in many of the stories within. For example in A Lesson in History, there is the idea that a woman can discern the thoughts of a man from tiny disparate actions and gestures. In The Yellow Coat a man's psyche is transformed by adversity. In Public Hearing the weapon described is very similar to a Dune lasgun, while The Daddy Box features a way to change a society by tackling the basics of the family unit.

The stories are short and the collection is not a big book. If you are interested in how Frank Herbert's mind worked, this is something that is worth reading, without any of the stories inside being really that special. I enjoyed the book, but without my interest in the author I would not probably have recommended it to anyone.