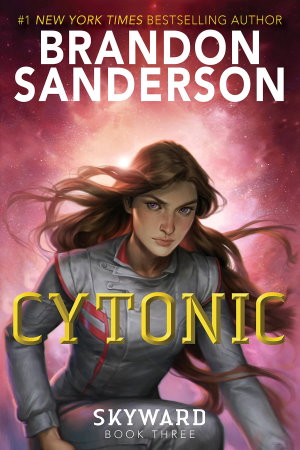 If it weren't a Brandon Sanderson book, I think I would be more critical of the outsider kid turned hero through sheer power of will and reluctantly going towards becoming a minor god plot. I mean, I've seen it before, it sells, it's fun, but it never is good quality. Yet, Sanderson manages to make Cytonic about the characters, and it's hard to not empathize with them, once you get past the "oh, god, what a mess this story has become" feeling.

And if I had to name one thing only that makes Brandon Sanderson books so good is that he doesn't give a crap about how credible his universes are. He can make emotional phone books having romances work, if he ever chooses to. (Please don't do it, man!)

Back to Cytonic, Spensa again does things because she feels like it, rationalizing it afterwards as "she had to, despite her feelings", discovering new powers, making new friends and being sweet and aggressive at the same time (told you Sanderson can make anything work). I don't want to spoil anything, although I feel it would be impossible. I've forgotten most of what I've read in the first two books and it didn't matter that much. Ironically, it all happens in "the nowhere", a place where people can live, but slowly lose their memories of the real world (obviously, the somewhere), so maybe I went into the story a bit too much.

For people who don't know this, Skyward is more of a young adult/children's series of books, where a young girl discovers she has a destiny. It's Harriet Potter in space, kind of, only with more focus on what people are like and how their feelings inform their actions than a world that makes objective sense. So, yeah, like Harry Potter. The tone is light, yet engaging and entertaining, and while it is not Sanderson's best work, it's quite fun.