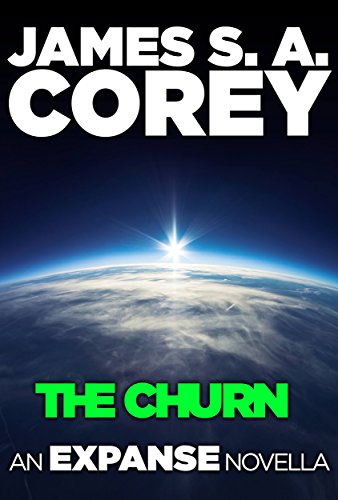 This is a very short story that is barely science fiction. It describes a place of lowlifes, living on despair, terror and violence. Among them, a bland guy that seems to be unaffected by anything, but that can explode into violence in a second. If you just thought this character has similarities with Amos Burton, you thought right and the surprise is that he was not born with that name. This is kind of his origin story.

I felt that The Churn was a bit lazy. A criminal boss character that calls his large underdog "little man" was also used in Gods of Risk, for example. Then there is nothing that binds the plot to space and time. It can be any place of ill repute, whether on Mars, Earth or anywhere else, in the future, the present or the past. Indeed, if you ignore the last pages, it's not even about Amos, but about other characters that have incidental contact with him.

Bottom line: it brings nothing new to any table and it is barely an Amos story, clearly not an Expanse one.