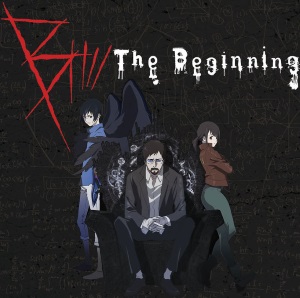 What do you do if you want to make an anime that would be successful not only in Japan, but everywhere Netflix is watched? You take a bit of every successful anime and mix it all together. This is how you get the kingdom of Cremona, set somewhere in a nondescript time that has 1960's cars and cellphones and a nondescript place that looks like Europe, where experiments with the bones of god like creatures leads to superpowerful beings that are super crazy fast and shout Nipponisms with every opportunity: win and lose (in life, but seen as a game), protecting (someone, something, anything) just so your life makes some sense, "I will kill you with my own hands" and so on and so on, but also super smart detectives that figure things out, all for the sake of energetic, smart, cute and ultimately pointless much younger girls. But wait, there is more: there are crazy psychopaths that kill people and are super smart. There are arrogant evil people that have a lot of power, but are ultimately crazy, and which act as if everything and everybody is beneath them. And of course, all the fighting is done with magical swords and henchmen die quicker and with less talk than bosses, who are not particularly strong, but they just yap and yap and yap.

The anger that you see expressed in my review is related not so much to the mediocrity of the anime, but to the potential that it had. The animation is well done, the sets are good, the story is... ahem... workable. And yet they press every button that was ever pressed and add absolutely nothing new. B: The Beginning even has the gall to believe it will spawn sequels, so whatever else they had in mind they left it for later. I would say that's typical DragonBall Z, but that should apply to Saiyans not anime shows! You don't leave the good part for the end of the battle! You don't level up your writing only when you see that everybody is bored already.

Bottom line: the writing was the biggest flaw of this series: unimaginative and inconsistent, with tiresome dialogues and brutal switches of emotional context that made even the most motivated viewer break stride. The rest was always just good enough, with no evidence of any effort for reaching greatness. As mediocre as it can possibly be.