I know, the third entry in my blog about Basescu doesn't say much about my IQ or style, yet now I know what I felt I needed to say, but didn't realise what it was. It is the similarity between the case of Traian Basescu and Ariel Constantinof. 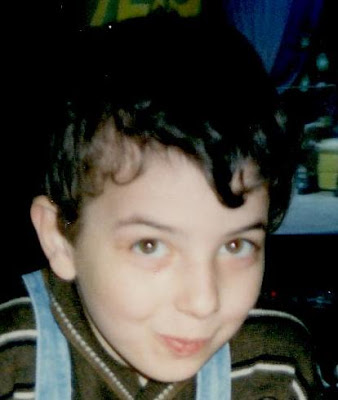 It is amazing still that these two similar stories happened in the same time. Indeed, Basescu is like a high school student who is suspended from the school on the basis of his behaviour, without anyone really knowing if it is "kosher" to do so. Do the high school owners have the right to expel Basescu or is this a financially motivated blunder? Both of them are big mouthed smart asses, without being really malevolent, yet being rather naive. Just as Basescu, Ariel gets a lot of sympathy from bloggers and radio hosts (radio bloggers?) everywhere, but without any true support. On each of the blog pages that describe his ordeal there are hundreds of people that offer their moral support, but really not much else. Just as Ariel, Basescu gets only a bunch of people to at least voice their anger to the school directors.

Can the case of Ariel Constantinoff serve as a simulation of what will happen to the country in a few months? I don't know, but I really like Ariel more than Basescu. And at least he has parents, the chance to go to another school. For crying out loud, he's a kid! Teachers, leave the kids alone! But who will find enough sympathy in their hearts for an old, bald, shunned ex president who didn't yet catch on with reality?

That's it! No more Basescu for a while on this blog ;)